Monday, April 21st, 2014 and is filed under Oil and Gas Current Events 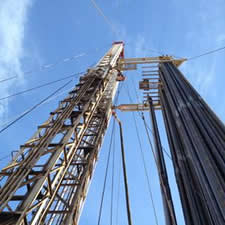 Orthodoxy is slowly being jettisoned in the Permian Basin. As the oldest and most prolific hydrocarbon-producing region in the United States, the Permian is undergoing a surge in unconventional drilling. Traditional vertical rigs represented 80 percent of the regions rig count in February 2011. That figure plunged to just 42 percent by the end of the second week of April 2014.

What’s driving the surge in unconventional drilling and production? Higher oil prices coupled with rich opportunities to significantly boost resource extraction are transforming the region, which began producing more than 90 years ago. To this add a cascade of technological breakthroughs that have dramatically shifted the production equation over the last half-decade.

Example: the vast plains near Odessa and Midland—once fertile ground for conventional vertical rigs—were long considered past their prime. Today these stretches represent some of the most valuable land in the U.S. Unconventional formations have risen to prominence in the Permian’s exploratory and production calculus; a dynamic that is attracting an abundance in investment capital.

But the Permian Basin holds vastly more hydrocarbon deposits locked in shale formations. These formations demand far more complex, expensive recovery techniques than conventional vertical rigs, techniques such as horizontal drilling and fracking. Typically in shale formations, oil and gas are trapped inside pores in the rock. To force the hydrocarbons from the rock, a mixture of water, sand and additives are pumped into the well at very high pressures. These pressurized forces drive cracks in the rock, releasing the embedded hydrocarbon deposits. 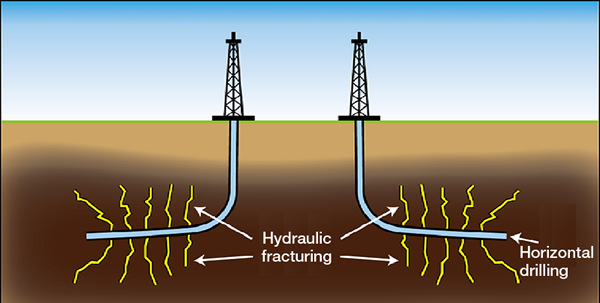 How unconventional are the Permian unconventional plays? While the Bakken Shale formations cover 10 to 20 feet in thickness, and formations in Texas’ Eagle Ford Shale formation range from 150 to 300 feet in thickness, some parts of the Permian span in thickness from 1,300 to 1,800 feet. This is akin to a dozen Bakken shales stacked on top of one another. These layers are so rich that some Permian Basin plays are thought to hold some 75 billion barrels of oil in the stacked stone and earth.

Unconventional drilling techniques have driven domestic oil production up sharply. Across Texas and New Mexico, Permian crude production has surged from 843,000 barrels per day in January 20008, to more than 1.3 million barrels per day in January 2014. Some projections posit that there is another 1.6 million barrels per day of crude oil capacity that could come on line by 2015. The only challenge that could possibly stifle the pace of production growth is a lack of adequate infrastructure and takeaway capacity, particularly in emerging areas of the Permian.

Yet the promise of vast resource riches in unrealized potential is very real. Especially when one crucial element is figured into the calculus: operators are still learning how to tightly pack wells together to match the subsurface stacks of rock that hold untapped barrels of oil numbering in the billions.