Thursday, April 17th, 2014 and is filed under Oil and Gas Current Events 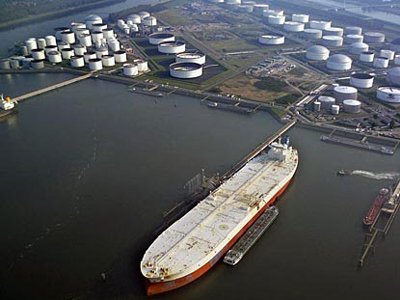 Lifting the crude oil export ban in the U.S. would lead to thousands of new Gulf Coast jobs — particularly for Houston energy companies — and could even lower the price of domestic fuels, according to a new study sponsored by the American Petroleum Institute.

The U.S. is poised to soon become the world’s top producer of oil, largely because of tight oil production in the shale plays in Texas’ Permian Basin and more.

Citing the new ICF International study, Isakower made the case that the U.S. must start exporting some of the light sweet crude oil being produced domestically while still importing the heavy crude oil needed in Gulf Coast refineries. Sweet crude is the most common type of oil being produced from domestic shale plays, but most coastal refineries currently rely on heavier forms of crude. Sweet crude is considered more valuable, though, and could be in greater demand internationally.

If the ban is lifted, the study projects that the U.S. would be exporting 2.1 million barrels of crude oil a day and then begin to level off.

The report also noted that an expansion of crude exports would result in $15 billion to $70 billion in additional investment in U.S. exploration, development and production of crude oil between 2015 and 2020. That could mean an additional 300,000 U.S. by 2020.