Wednesday, April 23rd, 2014 and is filed under Oil and Gas Current Events 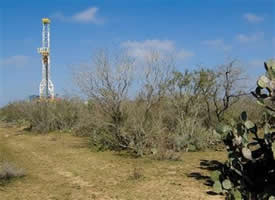 Two potentially propitious forces are converging in Mexico’s Eagle Ford Shale play: one geological, the other political. This revolutionary convergence could be a boon for Texas.

Though most of it lies underground in the Lone Star State, the rich Eagle Ford Shale formation doesn’t terminate at the border. It extends well into Mexico. Now, as Eagle Ford and other vast shale plays in Mexico are tapped, U.S. companies and their concomitant technologies—as well as the state of Texas itself—stand to reap huge rewards.

Late last year, the Mexican government lifted a 75-year-old ban on foreign investment in its energy sector. Mexico President Enrique Peña Nieto called the landmark energy reforms Mexico’s most significant economic move in half a century. The objective is to boost the country’s petroleum production, which has been in steady decline for a decade.

According to Mexico’s National Hydrocarbons Commission, opening up the energy sector could raise as much as $30 billion annually in investment. The most promising areas include shale oil and gas development, pipeline construction, and expanding and improving the country’s electric power grid—areas where U.S. firms are uniquely suited. These dramatic reforms promise to be a game changer for Mexico as it boosts the industrialization of its economy and revitalizes its sagging oil industry. 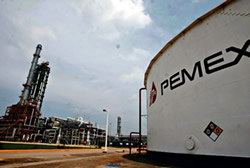 Mexico’s archaic laws left petroleum exploration, recovery, and sale under the tight control of the Mexican State Oil Monopoly: Pemex. But Pemex succumbed to corruption in recent years and failed to invest in its vast energy resources. The company also suffered from the Mexican government’s reliance on Pemex revenues, which funded a third of the federal budget. This financial dependence chronically starved Pemex of development capital.

Thus despite its position as one of the world’s largest oil companies, Pemex lacks the technical expertise to cope with its shale resources just south of Texas’ booming Eagle Ford fields, and its deep-water oil reserves in Gulf of Mexico. In fact, the resource-rich nation was forced to import more than 600 billion cubic feet of natural gas from the U.S. last year, a figure nearly twice what the country imported in 2010.

Without these reforms, Mexican officials feared the country’s estimated 30 billion barrels of oil and more than 500 trillion cubic feet of natural gas would remain forever locked in rock. Mexico’s portion of the Eagle Ford Shale formation could hold as much as 10 percent of the world’s recoverable shale oil reserves. The latest report from U.S. Energy Information Administration estimates recoverable Eagle Ford reserves at 443 trillion cubic feet and 6.3 billion barrels of oil.

Pemex will remain a major player in Mexico’s energy sector under the terms of the reforms even as it surrenders monopoly control (Pemex has a stake with Royal Dutch Shell in a refinery in Deer Park, Texas). Pemex CEO Emilio Lozoya Austin expects Mexico’s petroleum production to reach 3 million barrels per day of oil and natural gas equivalents by 2018. He anticipates that production rate will top 3.5 million barrels per day within 10 years.