What is a blowout preventer?

A blowout preventer is a large, specially designed valve that is mounted on top of the well during the drilling and completion stages of operation. The operator can close this valve to stop the flow of oil or gas in case of emergency.

What is a blowout preventer? – Video Transcript 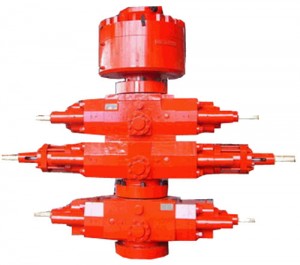 The Blowout Preventer, or BOP, is safety equipment designed to prevent uncontrolled flow of formation fluids during drilling and completion operations. During drilling, mud is pumped down the drill string to lubricate and cool the bit, and provide equalizing pressure in the well. If the well’s hydro-static pressure falls below the formation’s pressure, a kick can occur, allowing gas, oil, and salt water fluids to enter the well bore.

During a kick, these pressurized, combustible, hydro-carbons can be pushed up the well bore to the surface, where they may potentially blow out the well and ignite. The BOP has the capability to control this flow by sealing off the well bore in several ways.

The Blowout Preventer is comprised of four main components, stacked one upon another. They are the annular preventer, blind ram, blind shear ram, and the pipe ram. There can be many different configurations, sizes and pressure ratings, dependent on well design, formation pressures, and areas of use. The BOP is attached to the steel casing that is cemented around the well bore. The drill string is suspended through the center of the well bore. This is the rotating pipe to which the drill bit is attached. 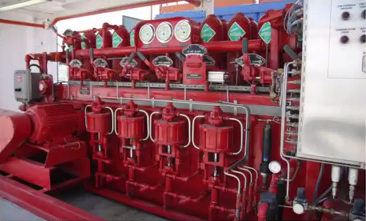 These multiple components provide redundancy, and are controlled by a device called the accumulator. This unit can be operated remotely, using a panel located on the rig floor, or by personnel on the ground, using duplicate controls on the accumulator itself.