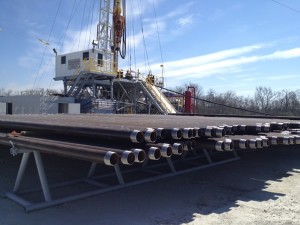 Increasing oil and gas production from the Eagle Ford formation and the Permian Basin has propelled Texas passed yet another petroleum milestone. If it were its own “kingdom,” the Lone Star State would rank as the 9th largest oil-producing nation in the world.

Much of this success is owing to the geologically opportune Permian Basin, where crude production is expanding rapidly. With output surpassing 1.5 million barrels per day, the Permian already represents close to one-fifth of total U.S. crude output. But production success is exacting a toll on the West Texas economic eco-system.

Labor supplies are tight. Recruitment of skilled professionals such as geological and petroleum technicians as well as engineers is a formidable challenge. Residential and commercial real estate supplies are squeezed and priced at a premium. Producers attempting to get supplies to market are confronting congested pipelines, outstripping an aggressive scheme to add new takeaway capacity.

These constraints are forcing producers to negotiate what has become a critical and delicate balance between supplies and takeaway infrastructure. But the balancing act may be short lived, as cutting edge technologies unlock more petroleum resources in the Permian Basin’s rich geological layering. 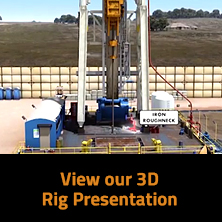 In Carlsbad New Mexico, centered on one of the most productive regions on the Permian, getting a hamburger at the local McDonald’s is an ordeal fraught with tribulation. Recent discoveries of rich, promising fields in the Southeastern portions of the state, coupled with advances in extracting technologies, have turned once sleepy hamlets like Carlsbad into bustling boomtowns.

And there’s no indication Permian production will tap out anytime soon. Because producing formations in the Permian are vertically stacked atop one another, companies are able to wring oil from varying depths with a single vertical well. Some parts of the Permian have formations spanning 1,300 to 1,800 feet in thickness, akin to having more than a dozen Bakken Shales stacked one-over the other. Thus, current activity focuses on these “stacked” formations where techniques such as vertical drilling, horizontal drilling, and enhanced oil recovery (EOR) are being deployed.

Some analysts are predicting double digit year-over-year increases in Permian production over the next several years. In fact some experts are saying the Eagle Ford Shale and Bakken Shale areas will top out long before the Permian Basin loses steam.

Yet these growing pains are exposing a wealth of robust opportunities. Taylor Consulting is predicting an unprecedented real estate boom in cities and towns along the Permian. Obviously these production growing pains are fertile ground for midstream companies. But these pains will also be a boon to oilfield services companies as producers look to maximize mature wells with technologies such as carbon dioxide flooding, and ramp up exploration and production of unconventional hydrocarbons.

No matter how you stack it, the Permian Basin is experiencing an unprecedented resource renaissance—one with bankable stamina.