Plans for the Sasol gas to liquids facility which was slated to be built in Lake Charles, Louisiana were abandoned in 2017 with the drop in oil prices being the stated reason. Sasol had announced plans for the facility in 2012 when oil prices were averaging around $94 per barrel. 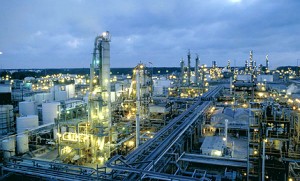 Fed by gas harvested from the shale fields of Texas, the 3,034-acre energy complex—now breaking ground—will feature a $7 billion ethane cracker and a $14 billion gas to liquids plant. Operations are slated to begin in 2017 and once completed, the complex will produce 96,000 barrels of clean liquid fuels—primarily diesel—per day, and 1.5 million tons of ethylene annually. Ethylene is a key component in alcohol and plastics-based products such as polymers, solvents, and waxes. These chemical products go into everything from food packaging, bags, toys, detergents and lipstick, to motor oils, automotive interiors, and wire and cable coatings. Seventy percent of the plant’s output will be liquid fuels.

Fracking Boom = Location, Location
Why Lake Charles? Sasol was drawn to its proximity to ample supplies of fracked natural gas and large energy markets. The area is also rich in pipeline networks and waterway channels along the Gulf Coast, allowing Sasol to easily ship its output via barge. The complex is poised to trigger a colossal industrialization wave, with some 66 projects worth $90 billion set to break ground in the area over the next 5 years.

Sasol’s expansive maze of pipes, storage tanks, refining towers, evaporators, and reactors will deploy a variation on the Fischer-Tropsch process. Fischer-Tropsch is a technology developed by German scientists in the 1920s to convert coal and gas into usable liquid fuels.

What is the Fischer-Tropsch Process?

The process begins by combining methane—the primary component of natural gas—with oxygen to create syngas. The heated syngas is then fed into giant reactors that generate synthetic crude by forcing the gas to react with a catalyst, in this case cobalt. The resulting liquid is then refined into fuels and chemical feedstocks. Some companies are even exploring this technology for small-scale deployment. Compact gas-to-liquids plants can generate useful fuels and feedstocks at smaller gas fields, or where gas is a byproduct of oil production and is flared off.

Royal Dutch Shell recently scrapped a plan to build a $20 billion gas-to-liquids plant in Louisiana, citing costs and the uncertainty of future crude and natural gas prices. In 2011 Shell completed a $19 billion gas-to-liquids complex in Qatar—the largest of its kind in the world. Sasol’s Lake Charles venture will join this tiny cadre of commercial gas-to-liquid plants in Malaysia, South Africa, and Qatar.

What can the fracking boom do for you? Click the banner for more info.