Will OPEC-Fueled Price War Spell Permian Extinction? Not a Chance 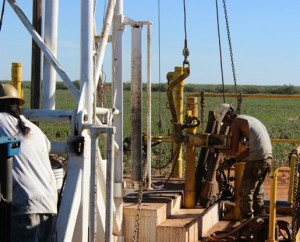 Much has been made of the recent per barrel crude oil price plunge, currently hovering below $70. Some speculate OPEC’s recent decision to keep the crude spigot flowing is the cartel’s play to smother America’s great oil boom. Keeping prices low by steadily flushing the market with crude—the thinking goes—makes production via fracking and horizontal drilling less viable, triggering a cascade of capital pullback in the oilfield.

Sure, there’s room for worry. Oil prices have plummeted more than 30 percent over the last several months. Add in the conventional wisdom that says “tight” oil production from shale ceases to be economical once the $80 per barrel price floor is breached. Question: How low can prices go before North American unconventional investment is throttled and projects start shutting down? Follow-up: Is the conventional wisdom on price even relevant?

Birth of a Oil Boom

Back in 2008 the big worry was peak oil and steady declines in global output. Enter the fracking and horizontal drilling boom. Extracting oil deep underground by rupturing and penetrating shale seams propelled U.S. oil production to its highest level in three decades.

The impact of the shale breakthrough is breathtaking. U.S. output surged 80 percent to 9 million barrels per day, mostly from plays such as the Permian, Bakken, and Eagle Ford. By itself that production spike trumps the output of every OPEC member nation save for Saudi Arabia. The peak oil myth was put to bed.

But what wasn’t factored into conventional wisdom on price is that technological advances have been surging right along with the production boom. In some cases costs have plummeted 50 percent in the last two years alone. They could dip another 15 percent by 2016. Bottom line: Producers are generating more oil per dollar invested, driving down costs by as much as $30 per barrel since 2012.

According to the Energy Information Administration, each rig in the Permian added a record 176 barrels of new oil per day in November. That’s a 20 percent spike over the previous year. Similar spikes were seen in the Eagle Ford Shale area and across Texas. In fact, technological finesse has progressed to the point where many sections of these unconventional plays might be viable right down to $50 per barrel. No wonder OPEC is worried.

But that’s just the beginning of Texas oil vitality. Though the fracking boom has transformed the production landscape over the last couple of years, there is still a strong and vital conventional production element in Texas and in other areas throughout the U.S. With costs starting at $2 million and running up to $5 million, higher producing (thus deeper) vertical wells can be much less expensive to drill than many horizontal wells, which may demand investments of between $6 million to $10 million or more in the bigger shale plays.

Long a lynch pin in Texas oil production, particularly in the Permian Basin, economical vertical drilling may become even more crucial as West Texas Intermediate (WTI) crude prices hover below $70 per barrel. Flexible integrated production strategies that include a good mix of conventional vertical drilling will keep savvy operators thriving and the Permian Basin a vital energy producing powerhouse for decades to come.