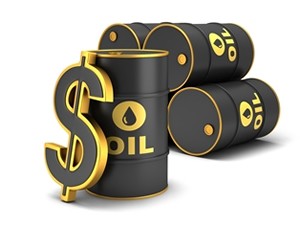 With the jarring jolt unleashed from grinding tectonic plates, plunging oil prices have rocked and rolled the energy boom. “Texas Freaking Out About the Oil Crash,” blares the Business Insider. “Oil boom heading for a bust in a hurry,” worries the Dallas Morning News.

Plus production infrastructure is declining. Rig counts have seen their steepest declines in years. According to Baker Hughes, total oil and gas rig counts stood at 1,676 as of January 16, down 74 from the prior week and a drop of 101 from the same period last year. It’s the steepest decline since March 2009. Is the energy industry entering a dark age? Not so fast.

Ray Through the Price Clouds
The sudden price plunge will sting at first, but most experts believe these price levels will be short-lived. And the energy sector as a whole will come out stronger, as efficiencies and improvements reverberate across the industry. Shale developers will strategically drive oil services contracts down. Drilling companies will drop rates to keep their rigs active. Energy boomtowns, which have been outrunning their headlights since the boom took off after 2009, can now catch their breath and focus on infrastructure such as roads, housing, and public works.

Transportation costs will plummet. Equipment, service contracts, and acreage holdings could turn into bargain investment opportunities for companies seeking long-term energy strategies. And the window for those opportunities could suddenly slam shut within months.

Surging Oil Prices Months Away?
Oil’s sudden nosedive has a fairly simple explanation. Supply is on the upswing because of the U.S. shale oil boom. Sustained high prices have gradually eroded demand. Low-cost Middle East producers withdrew support for $100 prices because they were losing market share to feisty new North American suppliers. The supply-demand equation was ripe for correction.

But those dynamics work in the opposite direction too. Plummeting oil prices could spark sustained demand, once the holiday spending hangover recedes. That calculus may be helped along by flattened or reduced production. Most of the large producing OPEC nations, after all, need oil to hover around $100 per barrel to balance their fiscal budgets.

Drilling projects worldwide are being delayed or cancelled, and less drilling spells less supply. Plus: historical patterns show prices inevitably rise after dramatic slumps. Triple digit prices look like they are in the offing—sooner rather than later.

The latest Oil Market Report issued by the International Energy Agency suggests the price tide may already be turning. World demand is expected to increase in the second quarter, and year-over-year demand is predicted to jump by 910,000 barrels per day. Supply and demand will work their way into balance over the next several months. Seventy-seven dollar barrels by August would not be unexpected. And the industry will meet the upswing in leaner, meaner form.