Monday, May 4th, 2015 and is filed under Oil and Gas Current Events, Permian Basin Oil News

Is the U.S. shale revolution finally succumbing to OPEC’s output-generated price slump? No doubt U.S. producers are scrambling to keep ahead of pressures exerted by the gap in global supply and demand as the cartel attempts to gobble up market share. But the U.S. shale boom is proving more resilient than many cartel members had hoped. Now even OPEC concedes U.S. output levels won’t ease at least until late 2015, if at all. American output has remained steady despite disruptions wrought by a collapse that has driven prices down by half since June 2014.

That’s in contrast to the cartel’s February report, when OPEC forecast sharp increases in demand for its output in 2015 due to a projected shortfall in non-OPEC crude supplies.

Add-in that at 825, the number of rigs in the U.S. is off by nearly half since its peak last October of 1,609—the highest count since January 2005. But so far U.S. production is leveling off rather than collapsing–despite the sharp cut in activity. Producers are generating savings by pressuring suppliers of drilling, hydraulic fracturing, and other services on costs, realizing reductions on the order of 20 to 30 percent. In addition, they’re redirecting resources, slashing the least performing rigs and rig crews and concentrating high performance assets and crews where they can realize the greatest gains. 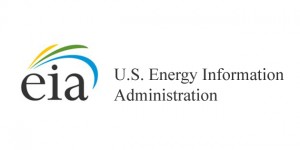 Data from the Energy Information Administration show productivity gains of 24 percent at Eagle Ford, 29 percent at Bakken, and 30 percent in the Permian Basin. Yet overall production is poised to slip for the first time in six years as declines from older wells overtake production from newer wells. So far, declines hitting Eagle Ford, Bakken, and the Niobrara formation spanning Colorado, Nebraska, and Kansas, were papered over by gains in the Permian. There, technology and efficiency improvements are having a bigger impact as the region was largely characterized by vertical drilling as recently as December 2013.

U.S. producers are boldly experimenting too. They’re attempting to further drive down costs by adopting manufacturing models for the drilling process. By standardizing designs, equipment, and operations, producers can generate economies of scale.

Bottom line: U.S. producers are wringing-out inefficiencies and realizing production performance gains at an unprecedented rate. When the world price climbs back toward $100—and it will—these producers will posed to drive U.S. production to even greater levels.