Monday, May 11th, 2015 and is filed under Uncategorized

The Nick Gonzales Foundation for Brian Tumor Research was established in 2007 in honor of Nick Gonzales who lost his battle with a stage IV GBM brain tumor. Their goal is to raise public awareness of the early warning signs and support brain tumor/cancer research.

“I love supporting this foundation not just because of the good works they are doing for brain tumor research, but also because of the Gonzales Family’s selfless support. Nick’s mother Cindy, and the rest, run the foundation with a sense of duty and asking for nothing in return,” said Brad. The Gonzales Family’s passion has allowed them to raise over a quarter of a million dollars since its inception. 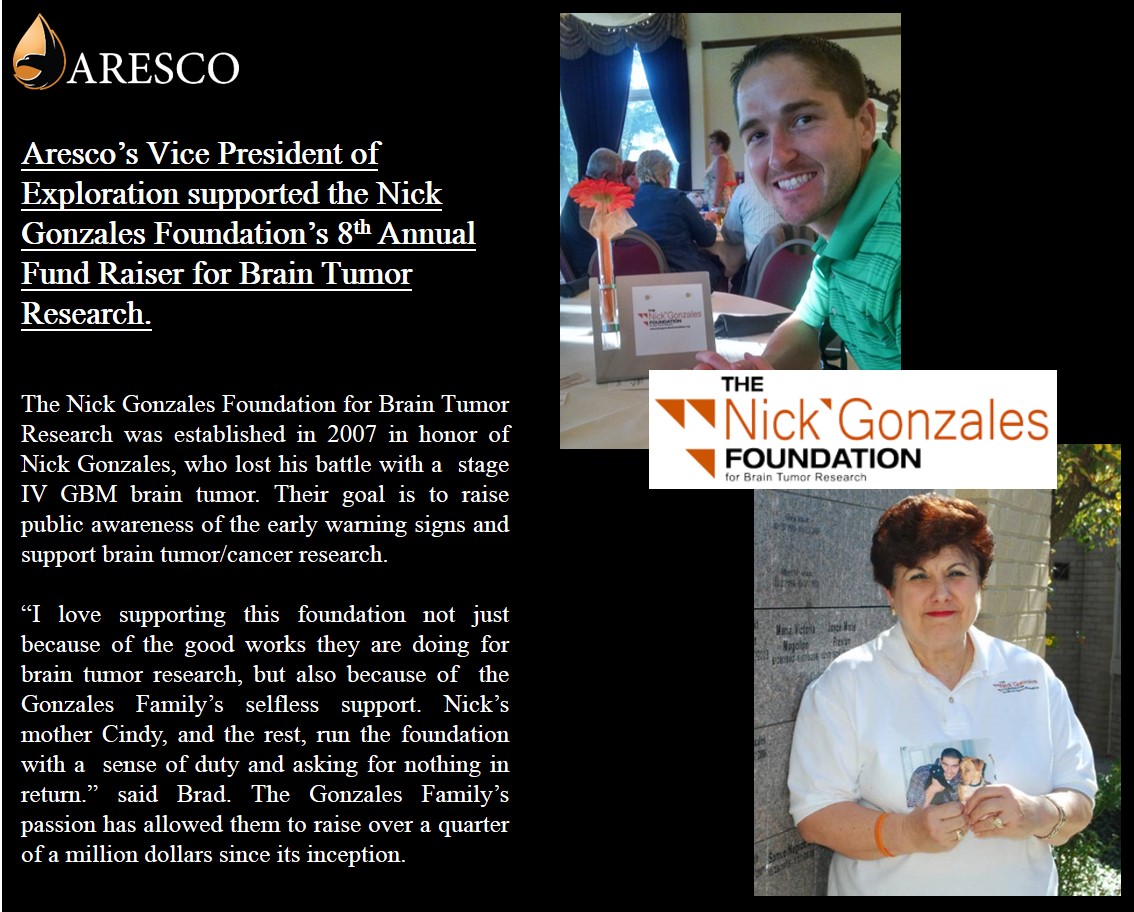 About The Nick Gonzales Foundation

The Nick Gonzales Foundation for Brain Tumor Research was established in 2007 in honor of Nick, a loving husband, father, son, brother, friend and so much more. His diagnosis of a stage IV GBM was devastating to his family. There was no family history and the early warning signs were missed by everyone.

The Foundation was created with two goals in mind:

While there have been great advances in breast, lung, prostate and colon-rectal cancers, little progress has been made in the early diagnosis and treatment options for those stricken with a brain tumor. We firmly believe that more focus on and research of the causes of brain tumors and more effective treatment options is critical to improving the life expectancy and quality of life for survivors.

The Nick Gonzales Foundation for Brain Tumor Research is a tax-exempt public charity under section 501©(3) of the Internal Revenue Code and all donations received are tax deductible.

Donate to the Nick Gonzales Foundation