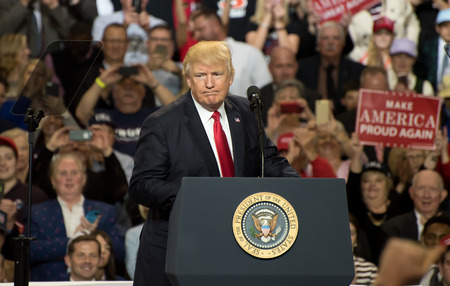 On Monday, the U.S. Department of the Interior announced that the Consolidated Federal Oil and Gas and Federal and Indian Coal Valuation Reform Rule (Valuation Rule) would be repealed effective September 6, 2017.

“Repealing the Valuation Rule provides a clean slate to create workable valuation regulations,” said Secretary of the Interior Ryan Zinke in a statement. “We are committed to working closely with stakeholders and the newly chartered Royalty Policy Committee to explore options for future rulemakings and to avoid the structural defects that were found in the prior rule. The Department and the Office of Natural Resources Revenue remain committed to collecting every dollar due. These are taxpayer and American Indian assets, and the public and American Indians deserve an accurate accounting and valuation.”

House Natural Resources Committee Chairman Rob Bishop (R-UT) came out in support of the decision to repeal the Valuation Rule. Bishop said, “This rescindment is another important step by the Trump administration to position Interior as a facilitator of responsible energy development.”

Back in April, numerous Congressional Western Caucus Members showed their support of Interior Secretary Zinke’s proposal to repeal the Valuation Rule in its entirety by issuing statements voicing their support.

Congressional Western Caucus Chairman Paul A. Gosar D.D.S. (AZ-04) said in his statement, “I am thrilled to hear that Secretary Zinke is taking action to roll back another duplicative and costly regulation from the Obama Administration. ONRR’s valuation rule would disproportionately impact small producers by burying them with compliance costs, ultimately driving up energy prices for everyday consumers. By taking steps to repeal this unconstitutional tax on job creators, the Trump Administration continues to follow through on the promise to get America back on the path toward U.S. energy independence and job creation.”

Representative Steve Scalise (LA-01) commented, “Let’s be clear—the ONRR mineral valuation rule was nothing but a shadow tax on American energy. In my home state of Louisiana, it meant reduced state revenue sharing dollars, hindering our ability to make major investments to restore our coast and protect Louisiana families and businesses from devastating storms. I applaud Secretary Zinke’s action to begin withdrawing this damaging rule, and look forward to working with the Department of Interior to promote safe and responsible energy production throughout the U.S.” Rep. Scalise, who serves as House Majority Whip, was shot and badly wounded by a gunman targeting the congressional baseball practice in mid-June.

The repeal of the Valuation Rule is another in a long line of regulations and proposed regulations that have been rescinded or delayed by the Trump administration. White House Budget Chief Mick Mulvaney released a report showing that in the first five months of the Trump presidency, 860 proposed regulatory actions have been withdrawn or delayed. This lends credence what the Washington Post categorizes as the “most ambitious regulatory rollback since Reagan.”