Baker Hughes has taken the term “work smarter, not harder” and applied it to the oil and gas drilling industry in the form of the TerrAdapt™ Adaptive Drill bit. 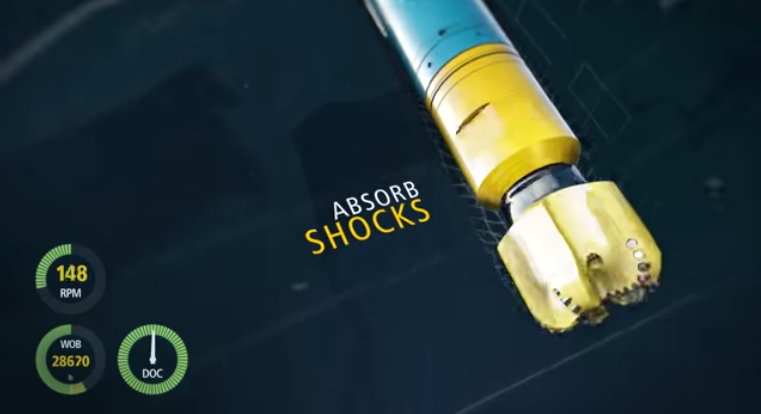 The TerrAdapt™ adapts to changing formation in the drilling process and adjusts depth-of-cut control elements to mitigate stick-slip and also acts as a shock absorber to help prevent impact damage. Baker Hughes claims that “the result is longer tool life and faster, more consistent rate of penetration (ROP)”.

The following is an animation of the TerrAdapt™ Adaptive Drill Bit in action.

While the TerrAdapt was designed for the Permian Basin with its varying rock formations at different depths, it can also work in almost any location.

DrillingContractor.org reporter Kelli Ainsworth interviews Danielle Fuselier of Baker Hughes at the SPE/IADC Drilling Conference and Exhibition in The Hague, The Netherlands.

Howard Hughes, Sr. revolutionized the drilling industry in 1909 when he introduced the two-cone rotary drill bit. Then again in 1933, two Hughes engineers invented the tricone bit which was the industry standard for decades. It is quite possible that Howard Hughes, Sr.’s legacy company, Baker Hughes has done it again with the TerrAdapt™ Adaptive Drill Bit.