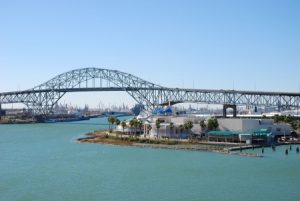 Global crude markets are hungry for West Texas Intermediate crude oil coming out of the Permian Basin, and this is good news for the economies of Houston and Corpus Christi.

Speaking during a tour of the Corpus Christi port and channel Sitton said, “Fifty-percent of the growth is going to come from Asia, so we’ve got to get our products to Asia.” Sitton went on to add, ” The Port of Corpus Christi is going to play a vital role in that. Not only because it’s already a big liquid export facility, but because the geography where we are enables ease of construction of pipelines to bring products into this port.”

The Houston and Baytown areas in Texas also look to cash in on oil flowing out of the Permian Basin to crude markets across the globe. Houston is number two in U.S. oil exports falling right behind the Port of Corpus Christi. Houston has the capacity to ship around 1.7 million barrels per day according to Timm Schneider, senior managing director for Evercore ISI.

The problem with the Houston ship channel is congestion. In 2015, fog shut down the channel for approximately 680 hours which led to long lines of ships waiting for a berth. However, because of the facilities along the 52-mile Houston Ship Channel, Houston should remain one of the largest petrochemical ports in the world for a very long time.