Fracking bans in Texas were outlawed on May 18, 2015 when Governor Greg Abbott signed into law House Bill 40 that effectively preempts any municipal efforts to ban, limit, or otherwise regulate an oil and gas operation, unless the regulation: 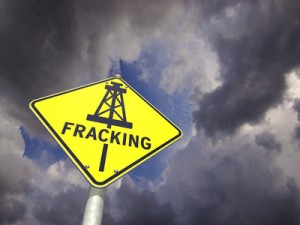 The law still allows for local control over minor issues such as traffic, noise levels, lighting and “reasonable setback requirements” relating to how far any drilling activity must be from structures such as schools, homes, and businesses.

The state initiative was a response to an ordinance introduced by the city council of Denton, Texas, in July of 2014. The city sought to ban the 65 year-old technology known as hydraulic fracturing within city limits. This despite the fact that over 200 wells were already in operation there at the time. The Denton ordinance was passed as a local ballot initiative in the general election of November, 2014, but had yet to be enforced when the governor put his signature on the State of Texas trump, effectively banning such bans.

Opponents of the Denton ordinance argued, among other points, that the language of the ban was too broad and could potentially have a negative impact on other forms of energy production. In spite of the state’s aggressive response, it is speculated that litigation may continue to keep the debate raging for some time with opposition groups having been organized not only in the North Texas community but also in several other communities around the country.

Oklahoma took a similar legislative step around the same time to prevent what Governor Mary Fallin called a potential “patchwork of inconsistent municipal regulations across the state” when she made Oklahoma Senate Bill 809 an official law. While Oklahoma had not experienced any municipal resistance such as Texas had seen from Denton, the passage of their measure by an over-whelming majority of votes in both chambers promises to help avoid potential future opposition and economic disruption to the state’s leading industry. 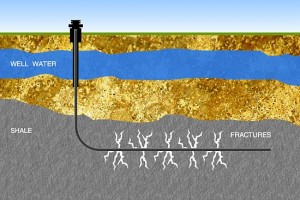 Advanced hydraulic fracturing, commonly referred to as “fracking”, is the practice of injecting highly pressurized liquid into shale and other tight rock formations usually thousands of feet below the surface. The process is one step in modern oil and gas drilling that allows economic hydrocarbon production from reservoirs previously deemed unprofitable. The process was patented in 1949, and the first commercial application was made by the exclusive licensee, Halliburton Oil Well Cementing Company (HOWCO).

The combination of fracking and horizontal drilling has led to a sharp increase in production viability and efficiency that has catapulted the U.S. to the top in terms of international petroleum production. 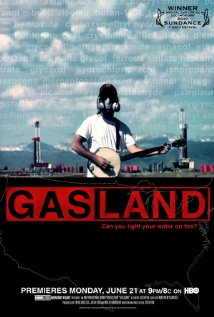 Despite the strict and voluminous regulation in place monitoring the energy industry, there remains a hum of controversy around the practice of fracking. Arguably, this debate was initially fueled by an environmental alarmist video called GasLand. The film features shocking images of methane-rich well water being ignited as it pours from a kitchen faucet in rural Colorado. The problem with this scene, which enjoys the esteemed status of being the calling card of the movie, is that igniting methane-rich water has been possible since well before fracking was ever developed.

Perhaps the earliest documented anecdote involves George Washington and Thomas Paine in 1783. In an effort to understand the mystery of swamp gas, these founding fathers attempted to disturb the river bottoms in an effort to ignite whatever substance was released from the mud. They ending up setting “the river” on fire. While Millstone River in New Jersey may have been the scene of a now historic experiment, the fact that flammable gases can naturally occur in underground water was somehow lost on the filmmakers. The result was an audience incensed into instant mob mentality.

The backlash has led to more than a few legal disputes and bumps in the road for an industry otherwise enjoying unprecedented growth and expansion. The newest hurdle faced is the contention that fracking is responsible for a growing number of minor earthquakes across the country. Studies now show that the fracturing is not so much to blame as is the disposal of the drilling fluid in deep disposal wells; however, the danger of seismic activity of a significant magnitude is rare.

Fracking Out the Future

Adversity invariably brings about innovation and, regardless of the method that ultimately proves to be the most practical, progress will be made. As an example, the science of “re-fracking” existing wells is a relatively new methodology that, as it is more widely employed to exploit previously drilled wells, is becoming a viable alternative to expending critical resources to engage in new site development.

Insiders speculate that such options could make market downturns, such as the one currently being felt, merely a footnote in the history of an ever-evolving industry. For these reasons and a myriad more, oil and gas promises to become more rewarding to those who look to invest in it, more cost effective to the producers who generate it, and more plentiful and cheaper to those who rely upon it.