Tuesday, January 16th, 2018 and is filed under Oil and Gas Current Events 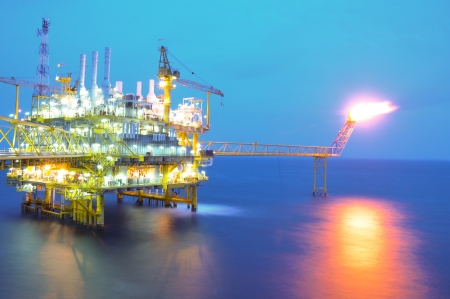 Recently, the Trump administration announced proposals to free up the majority of US coastal waters for oil and gas drilling. While this would serve as a sharp reversal of the previous administration’s stance on offshore drilling, it could possibly represent a boon to the many who invest in the oil and gas industry.

In April of 2017, President Trump signed an executive order allowing the Interior Department to look into Obama’s use of an obscure provision of the OCS Lands Act. This provision allowed the previous administration to block exploration and new leases in the Atlantic and Arctic as well as other U.S. coastal waters.

The current administration proposes to lift the ban completely. With the lifting of that ban, over a billion acres will open up for leasing. That includes areas off the coast of the Atlantic, Alaska, the Pacific, and the Gulf of Mexico.

Interior Secretary Ryan Zinke says they’ve already identified 47 areas where oil and gas companies can buy leases between 2019 and 2024. However, it’s important to understand these proposals are still currently in the draft phase.

With the current administration’s stance of “energy dominance,” there’s a good possibility these proposals, or some version of them, will remain intact throughout the process. Whatever the final proposal, it opens the door for new oil, gas, and energy investments.

What Investors Stand to Gain from Widened Offshore Drilling Action

With the opening of the outer continental shelf, there’s potential for billions of barrels of oil equivalent to become available for new development. That means the energy sector could see a major boost in production, and at the same time, decrease America’s dependence on foreign oil imports.

Rystad Energy, an energy consulting firm, points out the potentially vast amount of untapped and undiscovered resources in the many areas that were previously restricted. The Rystad report calculated their estimates based on the high-case scenario that all of the proposed areas would see exploration. Even if only a portion of the proposed areas open for leasing, the potential to produce multiple billions of barrels of oil equivalent still exist.

Not everyone is on board with the Trump administration’s offshore drilling proposals. Many governors of coastal states have immediately condemned the proposed actions. Most notably, Gov. Rick Scott of Florida staunchly opposed drilling off the coast of Florida. He sought and received an exclusion for his state.

For investors, it’s still a pragmatic to look towards the future. Even if some coastal waters remain restricted from leasing, there are still over a billion acres that could be opened for development in the new Trump administration offshore drilling proposal.