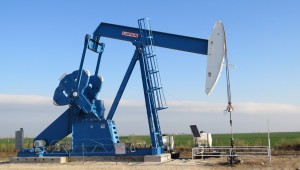 This is the current dynamic in the miraculous U.S. energy boom. The flood of new oil supplies is choking the domestic industry’s capacity to process them. And it could roll back the boom with a wave of destructive disruptions and shakeups. But that outcome won’t be due to the collapse in oil prices. For this you can thank a circa-1970s policy that throttles jobs and keeps petroleum exploration and production companies from realizing the full value of their output.

In the wake of the 1973 Arab oil embargo, Washington delivered to us the Energy Policy Conservation Act of 1975. It unspooled a tangled web of regulations including corporate average fuel economy standards, the establishment of the strategic petroleum reserve, and a ban on crude oil exports, save for some to Canada. The goal was to limit the nation’s reliance on imports, protect U.S. supplies, and elude volatile global petroleum markets.

The law was an issue of little importance for several decades. The U.S. has largely been a net importer of oil and export opportunities were thin. But now, in light of the fracking boom, the law is coming back to haunt the petroleum market and the domestic economy.

ConocoPhillips chairman and CEO Ryan Lance told the U.S. Chamber of Commerce that the ban could strangle the U.S. Energy renaissance. He warned of an emerging glut in U.S. oil markets that could shut down production.

The U.S. has already surpassed Saudi Arabia as the world’s largest producer of petroleum liquids, which includes condensate from natural gas fields. In fact the U.S. is the third-largest global exporter by volume of oil products. Yet the crude oil from which these materials are produced are barred from being exported.

Critics of lifting the ban say that allowing American producers to sell surpluses on the global market would send gas prices skyrocketing. But that argument ignores the dynamic of global markets. Domestic supplies give the U.S. leverage over OPEC, and reduce the cartel’s ability to manipulate prices, especially with respect to Asian refiners. More U.S. supplies will exert downward pressure on equivalent international crude supplies. In fact, studies show expanding exports could lower gas prices.

Domestic refiners are also resistant to lifting the export ban. Access to artificially cheap domestic crude supplies has been a boon to refiners, who traditionally operate on thin margins. With depressed feedstock prices, refiners can reel-in fatter margins selling gasoline and diesel fuels on the global market.

The petroleum industry is flooding Washington to lobby for an end to the ban. Austin in is getting into the act too. More than 100 Texas House members have signed onto a resolution demanding the ban’s “flawed price control policies” be lifted. The measure has the backing of all three Texas railroad commissioners. They contend that opening Texas sweet crude supplies to global buyers will channel more cash into state coffers.

The technological revolution of fracking and horizontal drilling has propelled the U.S. into the position of global energy giant. ConocoPhillips’ Lance is calling on the industry to do a better job educating the public on how fracking and lifting the export ban is a good deal for consumers.