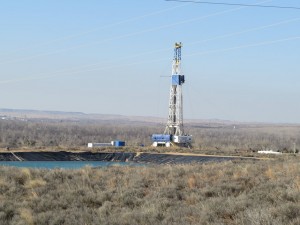 Aresco LP, a privately held Dallas-based exploration and production company, announced today the purchase of a significant working interest position in the Leona East Prospect in Leon County, Texas. The prospect acreage is approximately 640 contiguous acres, of which 480 acres is available for horizontal development. The first horizontal well, the Edwards Unit 1H, is targeted to commence drilling early summer 2015.

The Leona East is the sole remaining undeveloped tract of land in the Pleasant Ridge sweet spot, an area underlain by thick Woodbine sandstones. Wells in the area feature stable, high-volume, flat-flush, and low decline production. 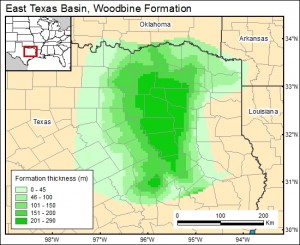 “The acreage is centered among the best performing Woodbine horizontal wells in the East Texas Woodbine Play. There hasn’t been acreage available out here for quite some time. We are privileged to now become a part of the oil producing community in this historic area,” said Brandon Laxton, President and CEO of Aresco LP. “Not only are we located in same producing area as two of our production partners, Halcon Resources and New Gulf, other neighboring operators include Anadarko, XTO Energy, and Apache. We are excited to add the Edwards Unit 1H to our ever-growing asset portfolio.”

The Leona East Prospect sits within the southern portion of the East Texas salt basin, a prolific oil and gas-producing region featuring three distinct fields. The Corsicana Oil Field has produced over 44 million barrels of oil in its 100-year history. The East Texas Oil Field represents over 6 billion barrels of recoverable oil reserves. The Powell Field produced over 33 million barrels of oil from the Woodbine formation alone. The first successful Woodbine sand horizontal well in the Prospect area was completed in 2010 and has, to date, produced 244,336 BO and 225,504 MDCF.