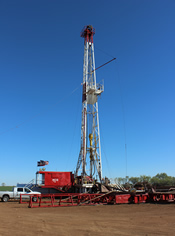 Energy booms power people. Texas derives fully one-third of its economic might and approximately 2.1 million jobs from the oil and gas industry, according to recent data. Oil and gas firms generated an estimated 389,000 high-quality, high-paying jobs in the Lone Star State in 2012, earning an average of $128,100 annually. That compares to an average of $54,995 per year for the rest of the private sector workforce.

But that’s just the beginning. As a result of large purchases—as well as the high pay—the industry triggers substantial economic multiplier effects. These indirect gains account for another 1.8 million Texas jobs in supporting industries and consumer sectors, resulting in a total of over 2.1 million Texas jobs.

In the core 10-county area of West Texas for 2012, the oil and natural gas industry has precipitated around $14.5 billion in economic impacts, and generated 21,450 fulltime jobs paying $1 billion in salaries and benefits. According to the U.S. Bureau of Economic Analysis, the fastest growing metropolitan areas in the U.S. are Midland and Odessa. Last December, the unemployment rate in Midland plunged to 2.8 percent.

And these economic and employment drivers will not abate anytime soon. According to a study by the University of Texas at San Antonio’s Institute for Economic Development, those impacts in West Texas will surge to $20.5 billion in 2022 and support 30,500 fulltime jobs paying a staggering $1.8 billion in wages, salaries and benefits. That’s a jobs increase of 42.2 percent.

In addition, an abundance of inexpensive natural gas from Texas energy producing formations such as the Permian is fueling a manufacturing renaissance generating billions of dollars in new plant and equipment investments, as it lures thousands of well-paying jobs back from overseas.

Covering 55 counties in West Texas and southeast New Mexico, the Permian Basin is one of the oldest oil and gas producing areas in the U.S. The first commercial well was drilled in 1921 and the area still contains large oil and gas reserves. Historical production from the area totals 29 billion barrels of oil and 75 billion cubic feet of gas.

The Permian Basin represents a unique dynamic. While energy producing basins adhere to a typical lifecycle—discovery, production, and gradual decline—the Permian Basin is experiencing a renaissance. Through the innovative application of technologies such as fracking and horizontal drilling, the industry is successfully extracting resources from areas long thought to be impractical or inaccessible.

Example: New reserve estimates in the prolific Midland Basin’s Spraberry/Wolfcamp hit 75 billion barrels of recoverable oil, up from 50 billion in 2013. In the Permian’s Cline Shale field, spanning nearly 10,000 square miles and described as “10 Eagle Ford Shales stacked on top of each other,” there is an estimated 3.6 million barrels of oil per square mile.

In fact, Cline Shale formation alone could turn out to be the largest North American oil play of all time, harboring the potential of an estimated 30 billion barrels of recoverable oil. And that spells continued job and economic growth for West Texas well into the future.