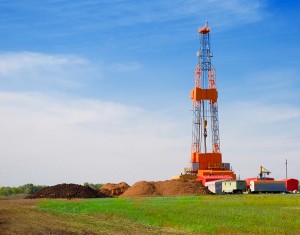 Oil price slide disruptions won’t last much longer. So says the International Energy Agency. Though oil production development in the U.S. is in the throes of a contraction—rigs are shutter down faster than expected—the IEA says prices should come back sharply by 2017 as production growth slows.

Total U.S. rotary rig counts have plunged over the last several weeks: from a high of 1,931 for the week ending September 26, 2014 to just 1,358 by February 13, 2015 according to Baker Hughes. That’s a dive of 30 percent. The year over year figure saw totals shed 406 rigs, a drop of 23 percent. Recent week over week rig count declines have been the sharpest in decades.

It’s clear that shale producers have feverishly focused on restructuring operations to conserve resources until supply and demand realigns and prices rebound. The rapid response among shale producers has nudged prices up over the last few weeks from their January lows. Prices (West Texas Intermediate) dipped to their 52-week low of $43.58 per barrel in latte January before edging up to the 50-dollar range in mid February, hitting $53. 53 on February 17. The 52-week high of $100.52 was struck in late June 2014.

Prices appear to be responding to production shifts more rapidly than the U.S. Energy Information Administration had predicted in its February short-term outlook. That’s because both shale producers and conventional producers put on hold many new drilling projects and temporarily delayed existing well completions until prices rebound. However, shale developers must focus more intensely on current prices and short-term outlook than do conventional developers because of the higher cost of hydraulic fracturing or fracking.

The result is that both the shale industry and conventional producers will have surplus production capacity in the form of uncompleted wells ready to be activated. Rapid production decline expresses an agility to swiftly ramp-up of production when prices rebound. Shale areas such as the Permian Basin, Eagle Ford Shale, and the Bakken, are well positioned to reap the benefits from a price recovery. In fact, the EIA is projecting that U.S. crude production will average 9.5 million barrels per day in 2016—the second highest production level in U.S. history after 1970, which hit 9.6 million barrels per day.

But downward price pressures may severely dampen global production. OPEC’s Secretary General Abdallah el-Badri says prices have already bottomed out. He sees a real possibility that oil will hit $200 per barrel. As oil companies have made deep cuts in capital spending, he says, production growth will be throttled. He warns the industry is putting future oil supplies at risk with its current anemic investment levels. Might the deft responsiveness of shale producers rend this warning—at least partially—moot?

Back in November, OPEC elected not to shore up prices by slashing production. Instead, it embarked on a strategy to defend its market share. Lower prices have exacted a severe toll on the oil cartel in terms of economic impact. But demand for its output edged up to 29.3 million barrels per day—just below its quota of 30 million barrels per day. The market share strategy appears to have paid off.

Either way you slice it, U.S. shale production will be a major source of new supplies through the end of the decade. It may even gain ground, as other sources of non-OPEC production take longer to recover from price plunge disruptions.

RELATED >> A Standout Among Oil and Gas Investment Companies