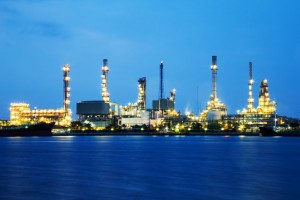 The following five facts show why – and why Gulf of Mexico energy investments make sense.

Two oil discoveries at the start of the 20th century – Spindletop in Beaumont, TX and Heywood #1 Jules Clement near Evangeline, LA – positioned Texas and Louisiana as superior energy producing states. Further to the east, the Fayette and Tuscaloosa Counties of Alabama offered their own “black gold” in 1912. Less than 10 years later, wildcatters in Mississippi began working the Black Warrior Basin, which also extends into Alabama. To this day, the Black Warrior Basin continues producing coal and methane along with natural gas and oil. 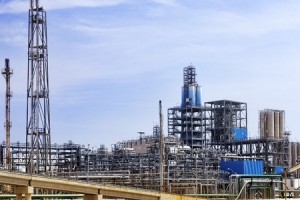 Thanks to prehistoric sediment, the U.S. Gulf Coast offers a bounty of fossil fuels and natural gas. The Gulf of Mexico is also the ideal import-export channel for goods. As such, it’s not surprising that the U.S. Energy Information Administration (EIA) reported that the Gulf Coast has more than 45% of total U.S. petroleum offshore refining capacity and 51% of total U.S. natural gas processing plant capacity. Meanwhile, the number of onshore gas wells in the Gulf of Mexico in 2014 totaled 1,400, an increase from the 1,146 reported in 2013.

And the industry is meeting the processing needs of natural gas. The $20 billion Sabine Pass Liquefied Natural Gas (LNG) terminal, located along the Gulf in Cameron Parish, LA, is close to being operational. There will be more to come; Industrial Info Resources predicts a minimum of seven LNG Gulf Coast facilities could be operational by 2020.

Texas leads the way in U.S. crude oil production. EIA reported that, as of January 2014, the Lone Star State boasted 27 petroleum refineries and so far in 2015, those refineries produced more than 758 million barrels of crude oil. This accounts for close to 30% of total U.S. refining capacity. Texas also takes the lead in U. S. marketed natural gas production at 29%. Meanwhile, Louisiana’s 19 operating refineries produced a total of 56 million barrels of crude oil so far in 2015. Furthermore, according to Encyclopedia of Alabama, the Cotton State is among the top 10 producers of oil and top 15 producers of natural gas in the U.S. 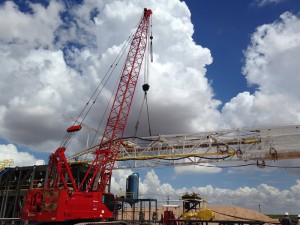 Technologies such as hydraulic fracturing have led to more streamlined and less expensive recovery of oil and natural gas. As a result, several shale plays have cropped up during the 21st century. Two of the best-known Gulf Coast shales are Haynesville and Eagle Ford.

This “dry” natural gas formation extends from northwest Louisiana to East Texas. According to Natural Gas Intel (NGI), Haynesville Shale production rates were high, though the numbers have fallen off. The shale peaked at 7.2 billions of cubic feet per day (bcf/d) in January 2012. By fall 2014, production fell to 3.9 bcf/d. NGI analysts believe the decrease is temporary, as plenty of gas is available to harvest. Additionally, the shale is near three proposed (and one nearing completion) LNG export terminals.

The “granddaddy” of shale plays, and the largest in the Gulf Coast, South Texas’s Eagle Ford provides 14% of U.S. shale oil in the forms of dry and wet gas/condensate. The shale is also known for its ongoing spigot of crude oil and natural gas and natural gas liquids. The rig count stood at just above 200 as of late 2014. Though rig counts have declined as crude prices have fallen over the past year or so, NGI analysts believe improvements in drilling techniques will continue to boost the shale’s production numbers. A real world example of this is Anadarko. The Woodlands, Texas-based firm has seen its rig count drop from five to three; however, its production is up from 29,000 BOPD to 32,000 BOPD in third quarter 2015, mostly from improving the horizontal drilling reach in its wells.

The Gulf of Mexico is busy when it comes to energy production. And there is more good news coming from potentially strong shale plays. 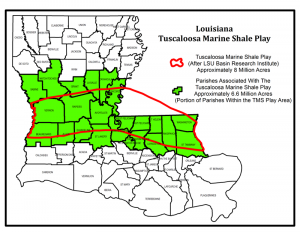 Straddling the Louisiana/Mississippi border, the Tuscaloosa Marine Shale (TMS) is, according to NGI, “one of the most polarizing unconventional formations in North America, at least in the eyes of the investment community.” Geophysical challenges have made recovery somewhat difficult; however, drillers in certain areas are seeing great results with onshore natural gas production potential equaling that seen typically only from deep water rigs. For this and other reasons, NGI notes the TMS is considered to be the next Eagle Ford Shale, with many drillers already acquiring mineral rights.

The Floyd-Neal and Conasauga shale plays aren’t discussed much, despite a potential 4 trillion cubic feet of recoverable gas reserves according to Oil and Gas Exploration. These two shale plays are part of the Black Warrior Basin. Production has been slow due to difficult sediment formation, according to the Geological Survey of Alabama, though technological advances could boost recovery efforts in the coming years.

Though plenty of oil and gas is being harvested from offshore rigs in the Gulf of Mexico, Gulf Coast hydrocarbon production is just as strong – if not stronger – on dry land. Current and future shale plays, along with the infrastructure to support them, will continue attracting energy investments all along the coast line and beyond.