End the Ban On US Crude Oil Exports?

How the Fall in Oil Prices Has Impacted Texas Oil 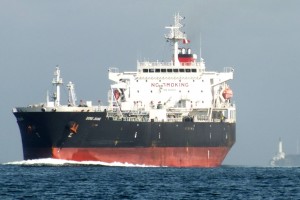 Oil prices plummeted in 2014 for a number of reasons ranging from excess supplies to a slowing economy. Lower oil prices are affecting profit margins among oil producers across the board and this has had a deleterious impact on production around the world. Newer sources such as shale and sands  have been hit even harder than that of more traditional wells. Given these economic realities, Texas oil and other oil producing regions across the United States could benefit greatly from a little push.

Specifically, overturning the current export ban on U.S. oil would empower Texas crude producers to find new consumers in international markets who may be willing to purchase crude at better prices than their domestic counterparts.

The Cost of Banning

The current ban on exporting most types of crude was mandated in 1975 by President Gerald Ford and intended to create a strategic reserve in the United States in order to reduce reliance on foreign sources. The law was primarily in response to the Arab embargo on oil trade with the U.S. that had taken place only two years earlier and which has been characterized as the “first oil shock”.

However, economic realities of the present bear little resemblance to those of the past. The need for a strategic reserve has lessened primarily due to the boom in U.S. shale extraction. The United States now sits atop the list of global producers of oil and does not appear to be relinquishing that position any time soon.

Further, unintended consequences of the export ban include forcing U.S. producers to sell to a limited market of U.S. refineries for prices lower than those that might be found on the international market. This doubtlessly hurts rather than helps Texas as well as oil producing states across the rest of the country.

Is There Sufficient Demand Abroad?

Of course, there is little point to lifting the current export ban unless international demand is sufficient to reward producers for sharing their yield outside U.S. borders. Let’s look at the facts.

First, much of U.S. crude oil being produced currently consists of “sweet light crude” with its low sulfur content. However, a significant proportion of U.S. refineries prefer refining heavier, or “sour”, crude with a sulfur content exceeding 0.5%. These refineries have the ability to refine sweet light crude but will not because sour crude tends to be so much cheaper. This condition should prove to force the price of sweet light crude to rise if the international market is re-opened as a result of the increased demand.

This disparity between U.S. oil producers and refineries is the result of enormous investment in the early 2000’s by refineries into technology to handle sour crude based on the belief that supplies of sweet light crude were running out even as consumer interest soared. Instead, what happened was that new techniques and new technologies made the production of sweet light crude from shale more efficient and economical.

Should the export ban be lifted, oil producers in Texas could face huge and attractive demand for their sweet light crude among refineries abroad that are unable to refine sour crude as efficiently. This shot in the arm from foreign demand should sufficiently offset current higher production costs associated with shale extraction.

The Time Has Come 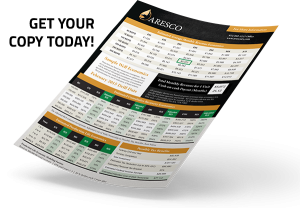 The debate has been waging for several years but due to the boom in production and discoveries of vast new plays, the U.S. is in a much more comfortable position. Long gone are the turbulent polyester and bell-bottom days when consumers faced long lines and later rationing measures. In fact, the U.S. Energy Information Administration supported this view when it stated the following in its revised December 2014 report: “U.S. proved reserves of crude oil and lease condensate have now risen for five consecutive years, and exceeded 36 billion barrels for the first time since 1975.”1 Proving that the debate deserves to move out of shareholder meetings and boardrooms into living rooms and onto the floor of Congress.