Permian Basin oil production is being fueled by advancing technology. The Permian region, which encompasses roughly 75,000 square miles of west Texas and southeastern New Mexico, has been a major oil and natural gas producing region for nearly a century. According to the Texas Railroad Commission, the Permian Basin currently yields about 40% of US oil production and 15% of domestic natural gas production. As technologies like horizontal drilling and multistage hydraulic fracturing continue to advance, the Permian basin is projected to be a top producing region for decades to come. 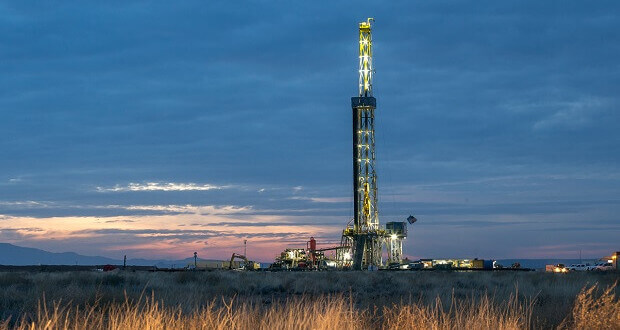 Multistage hydraulic fracturing, or fracking, has been a major key to the revival of activity in the Permian. Whereas conventional drilling methods rely on finding and tapping a pocket of oil or natural gas that flows relatively freely after drilling, fracking allows operators to extract oil and gas from tight rock formations. When a vertical or horizontal well is fracked, water mixed with other chemical components is pumped into the well at extremely high pressure. The water creates fractures in the formation that cause oil and natural gas to flow to the well.

Enhanced recovery techniques are also facilitating the resurgence of production in the Permian basin. In most wells, primary production only recovers about 10-20% of the available oil. Recently, producers have developed techniques that allow them to extract additional oil that they otherwise would have been unable to access. In a process called water flooding, water is pumped into the well and displaces the oil so that it can be captured more efficiently.

What is multistage hydraulic fracturing?

Multistage hydraulic fracturing is a fracking method developed to fracture multiple strategic locations distanced along a horizontal well bore. This was designed to increase productivity over a shorter time frame.

A similar technique called CO2 flooding does the same thing using carbon dioxide instead of water. This technique typically uses CO2 captured from underground sources, but a few companies are starting to develop processes that allow them to capture and use harmful CO2 pollution that would otherwise be released into the atmosphere. Water and CO2 flooding allow producers to recover up to 5 times more oil from wells.

The Permian Basin has a long history as a producing region, and due to advancing technology it is experiencing a major revival. As drilling and recovery methods continue to improve, production in the Permian is sure to continue to increase for many years to come.