Texas oil production continues to climb with many factors contributing to Texas’ output. But, it’s the shale revolution occurring in the Permian Basin which accounts for most of the increased production. Over the course of 2017, Texas produced over a billion barrels of crude, finishing out the year with approximately 1,281,583,000 barrels of crude oil production. 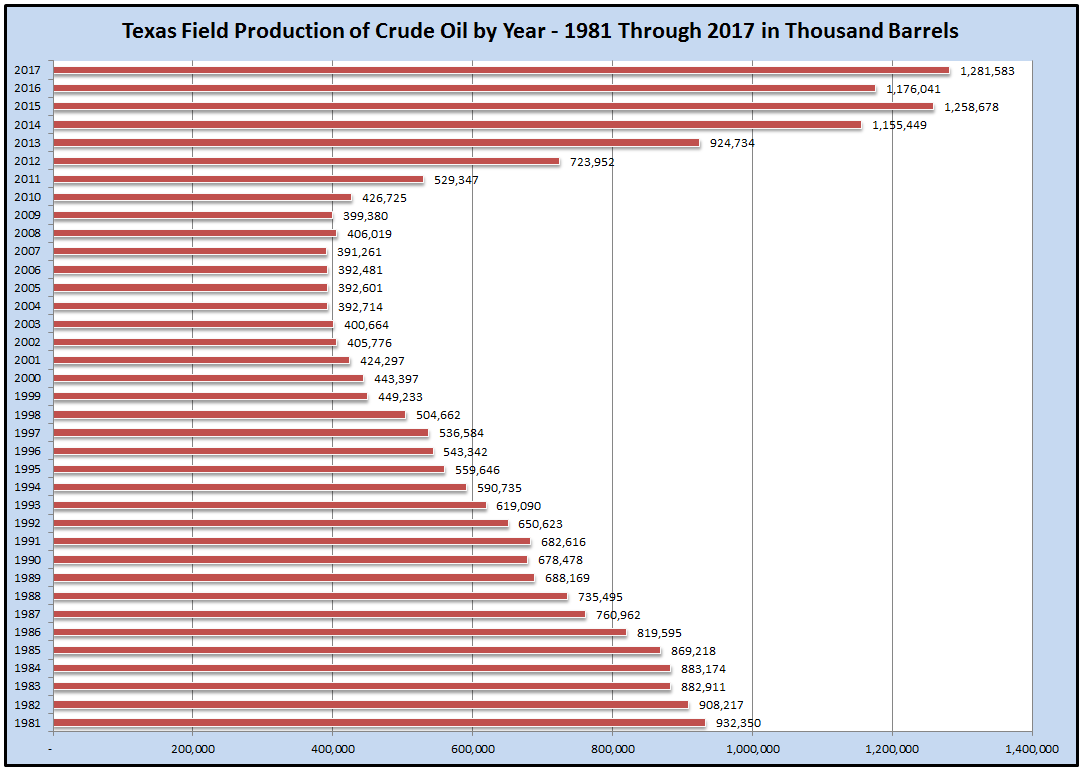 Texas, the Largest Oil Producer in the United States

Advancements in shale drilling and extraction technology implemented in the Permian Basin have contributed to most of Texas’ increased oil production. Output from the basin is poised to increase going forward, with a drilled/uncompleted well inventory at the end of 2017 at 2,768 wells. With such a head start, Texas most likely won’t lose its place as the top oil producer in the country. 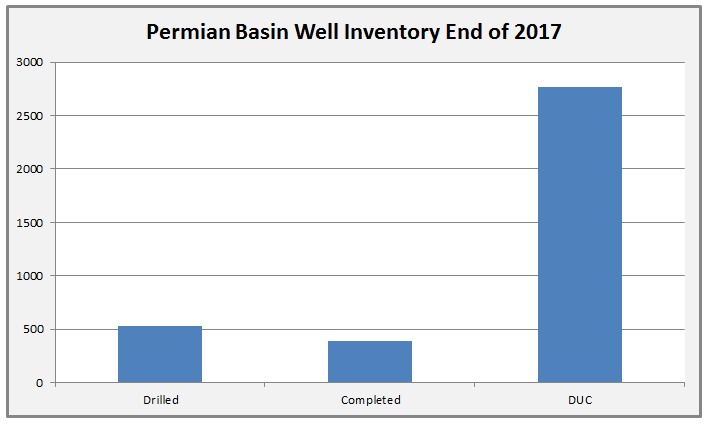 The EIA shows production from Texas fields increasing in bpd each month since August of 2017. The data points to US shale oil hitting nearly 7 million bpd by April of 2018. That number in combination with traditional oil extraction and offshore production, positions the US as the third leading crude oil producer in the world, closely behind Saudi Arabia and Russia. 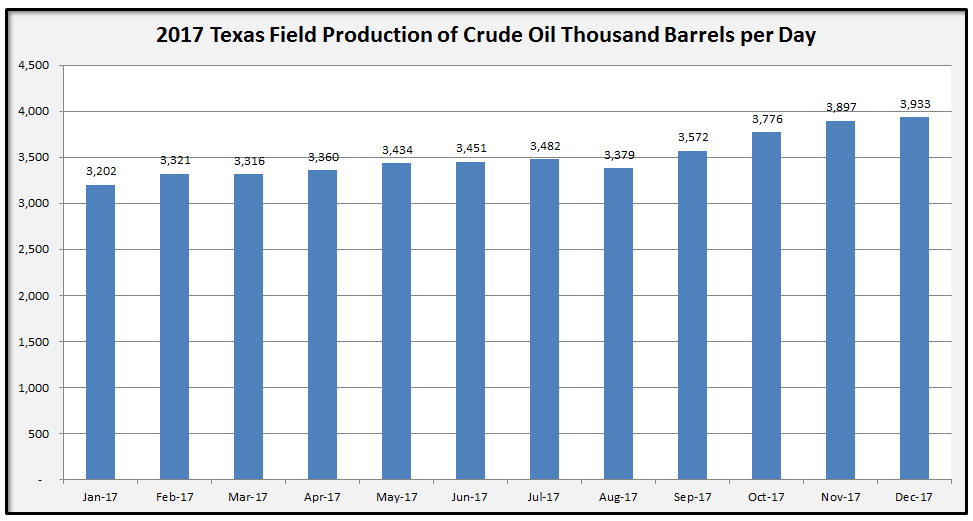 Some analysts project that 2018 may become the year the US surpasses Saudi Arabia and contend with Russia for the top spot. This all goes to show just how much Texas contributes to the overall landscape of crude oil production in the United States. Nevertheless, it’s not Texas alone that is breaking crude oil production records in the U.S.

New Mexico set an oil production record as well. While their numbers can look a little modest next to Texas, they still sit in third place for oil production in the US.

The secret to New Mexico’s success isn’t much of a secret. Oil and gas companies have spent a considerable amount of time drilling and developing in the part of the Permian that sits within the state of New Mexico.

North Dakota takes the second place spot behind Texas. Unfortunately, the state saw something of a dip in production recently due to weather. Still, the state still manages to produce over 1 million bpd. The efforts in the Bakken and Three Forks shale formations continue to do well.

Many companies have set their sights on the Permian with plans to take advantage of the continuing growth. Exploration is up along with the increased production.

Over half the rigs in the country are in Texas. Of those, the majority sit in the Permian Basin. Investors are flooding the region with funds. Some energy companies have dropped most other activities just to focus their efforts on the Permian shale play, see here, here, and here.

Many analysts agree that production will continue to increase, even if they don’t agree on exactly by how much. Texas oil production hitting the billion barrel mark for the last four years in a row is only the beginning.