Wednesday, March 23rd, 2016 and is filed under Oil and Gas Current Events 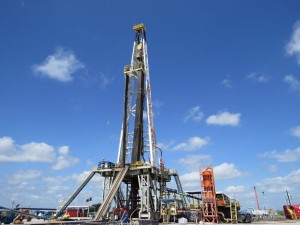 The well was originally drilled in 2009 to a total depth of 21,117 feet. Despite targeting a deeper formation, mechanical issues prevented the original operator from reaching their objective and they chose to complete the well to access the upper sands with smaller reserve potential. Midyear-2015, Aresco joined a lead operator and its capital partners and embarked on a targeted well reentry program, which has resulted in a significant new field discovery. As of March 22nd, the well has produced over 500,000 MMCFG.

“The Tuscaloosa Sands project had everything we look for in a quality acquisition: solid, proved geology, extensive analogue data, multiple drill sites, and prodigious production potential,” said Brandon Laxton, President and Founder of Aresco LP and Aresco Operating. “By sidetracking and deepening the existing wellbore at a fraction of the cost of new drilling, we’ve created an opportunity for an exceptional return on investment. We’re excited about the results and look forward to continuing to jointly execute the development program for this prospect area. It has been a long journey to reach this point. We celebrate this victory with all of those who paved the way early on along with those who were a part of getting us to where we are today.”

RELATED >> A Standout Among Oil and Gas Investment Companies