You might think the recent plunge in global oil prices has knocked the wind out of Houston and its status as an energy power hub. But that would be a serious underestimation of the fourth most populous metropolis in the U.S. 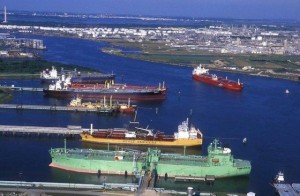 Contrary to some perceptions, the Houston energy sector has fortified its role as a global energy powerhouse. Its solid foundational structures deftly position it for adaptability. Houston is the beginning and end point for numerous pipelines including the Los Angeles-Houston natural gas pipeline and the Houston-Philadelphia products pipeline. The Houston Ship Channel, a complex of diversified public and private enterprises, is a powerful 25-mile long conduit to the Gulf of Mexico.

Though it is home to more than 5,000 energy firms, Houston has a broad industrial base that includes aeronautics, technology, and cutting-edge healthcare. It ranks fourth among the top U.S. port complexes, accounting for $168.1 billion in trade annually. It ranks first in waterborne tonnage handled and second in total tonnage. Believe it or not, it is the tenth largest port in the world.

As the world’s largest petrochemical manufacturing zone in the world, the Houston metro area is undergoing a petrochemical boom fueled by cheap commodity prices. Not only is the city a global center for oilfield equipment, it is the leading producer of synthetic rubber, insecticides, pesticides, and other chemicals. Some $30 billion in new petrochemical projects are currently under development.

In March 2014, Dow Chemical announced its state-of-the-art Texas Innovation Center in Lake Jackson, slated for completion in 2016. The Center will provide laboratory and administrative facilities for more than 2,000 people, heightening collaboration among Dow’s research talent across technologies and markets. It will drive breakthroughs such as new coating technologies Dow has developed for proppants that eliminates the need for certain chemicals in hydraulic fracturing. 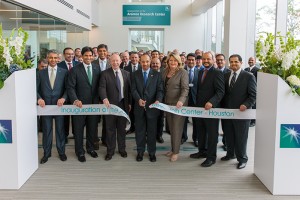 Houston is driving a massive push to turn the city into a hub for technology startups. The number of entrepreneurs, investors, incubators, and accelerators is surging. Houston’s innovative energy sector, which in large part drove the fracking boom, continues to invest heavily in research and development projects and new technologies. 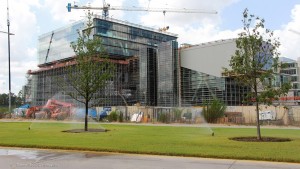 But perhaps the most significant development is the unspooling of Houston’s second energy corridor, anchored by ExxonMobil’s new corporate campus. Located north of downtown and not far from the George Bush Intercontinental Airport, the 385-acre development has 20 buildings enveloping 3 million square feet. It will house 10,000 employees including 2,000 people relocated from the company’s 117-acre campus in Fairfax, Virginia as well as employees from the energy giant’s facility in Akron, Ohio.

But the bulk of the new campus workforce will come from ExxonMobil locations in and around Houston, including its 45-story downtown office tower. The complex will be devoted to exploration, refining, chemical, corporate law, finance, and other energy industry pursuits. (ExxonMobil’s headquarters will remain in Irving, Texas, just outside of Dallas.)

Slated for completion this summer, the project tees-up an energy zone that will compliment the established corridor along the western edge of the city. It will turbo-charge the two engines driving Houston’s growth: energy and exports. It bolsters Houston’s status as a global energy epicenter—one with unsurpassed resilience and formidable staying power.